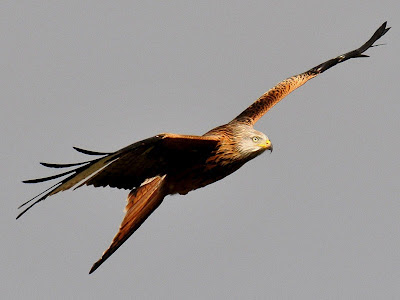 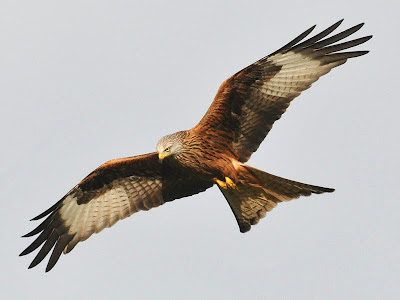 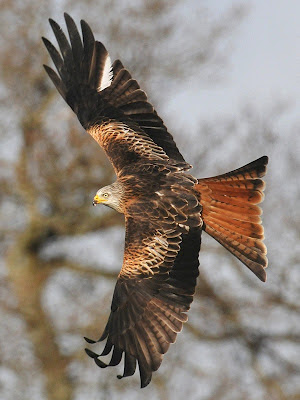 There are now fewer breeding pairs of Curlews in Wales than Red Kites; much food for thought. A great army of wind turbines lowers my spirit as I drive through the uplands. The conflict is not just between destroying the landscape in return for cleaner energy, but the effect on wildlife. Birds striking turbine blades, towers or power lines have become a real problem and since upland areas are a preferred location for wind farms, breeding waders such as Curlews are at risk. Roads destroy wilderness; here as in many parts of upland Britain, they break the natural drainage lines in the peat. I turn onto a purpose made thoroughfare cutting the hillside in two and get closer. The sheer size and presence of these monsters is intimidating and alien to this age-old landscape and I wonder what we’re doing to this beautiful island. I can see for miles from up here, but must search to find an unspoiled view. There are plans to place wind farms offshore and as yet the effects of this on the marine environment are not really known. I despair at the thought of looking seaward, searching for an unspoiled horizon.

Our quality of life can be measured in many ways and the natural beauty of our islands scores highly. Modern living requires consumption, but in the end this means expensive energy. I wonder about the turbine’s carbon footprint, which in the long term may be more than the energy produced. How do we balance this against the destruction of our landscape, which is such a vital part of our heritage? The debate continues, more wind farms appear, but we don’t really know if this small contribution to our energy problem is worth the cost.

On Twitter, I read of wind energy projects in every part of the world and the myriad of companies joining the bandwagon. I know we must move away from a carbon economy to one based on renewables, but wind farms need to be huge to have any real impact and I wonder if the benefits here in the UK are cost effective. I hear of great advances in the efficiency of solar cells; maybe in a very short time they’ll be good enough to provide us with the equivalent energy so that we can save our Curlews and the unique landscape that is the British Isles. 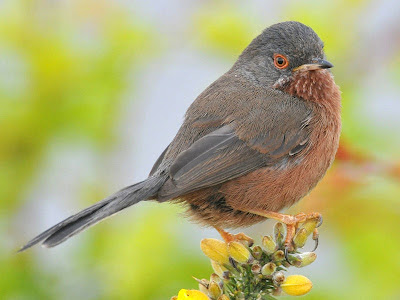 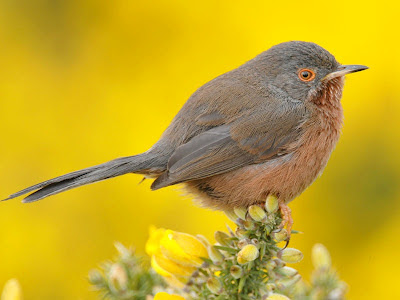 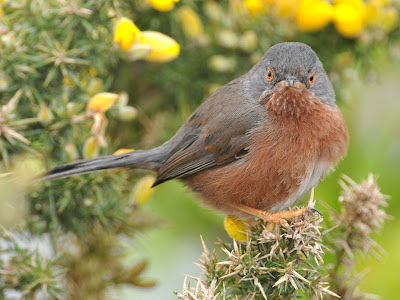 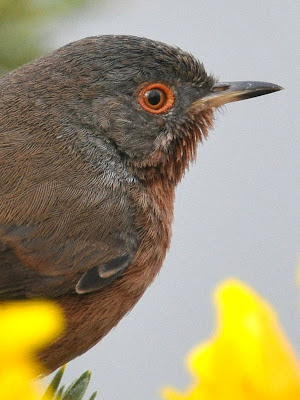 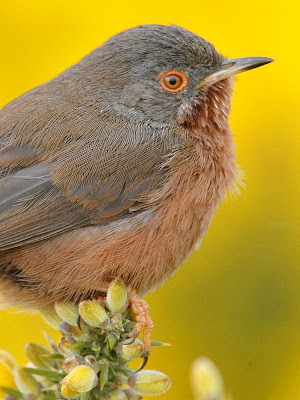 Over the last couple of decades, Dartford Warblers have spread from just a few breeding pairs in southern England and are now now firmly established on many sea cliffs in the west and south of Wales. They suffer in bad winters, but still appear to hang on and recover quickly. They are birds that will benefit from climate change. These photographs were taken in Dorset by Chris in 2008.
Posted by Derek & Chris Thomas at 14:19 3 comments: 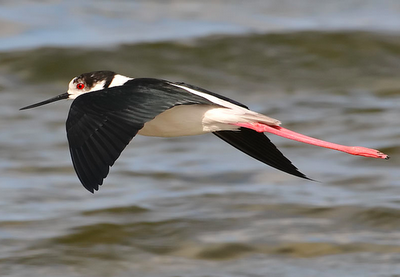 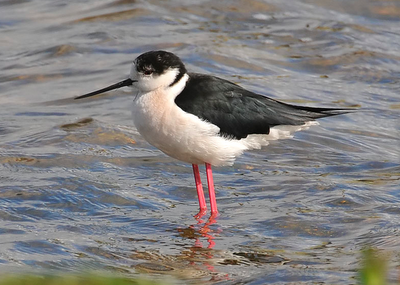 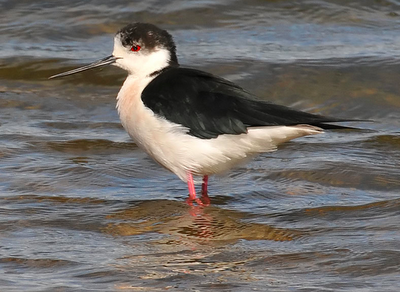 Memories of spring 2008. This beautiful Black-winged Stilt was photographed on a local nature reserve.
Posted by Derek & Chris Thomas at 12:24 2 comments: 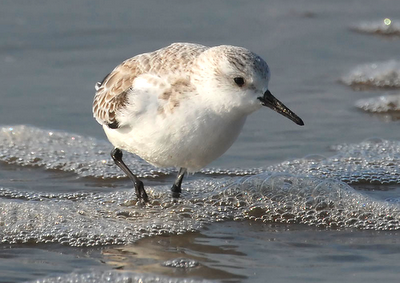 Even though there’s low cloud and a little soft drizzle brushes my face, I can see for miles as I walk north over the high spine of Rhosilli Down at the west end of Gower. The vast golden sands stretch out along the curved bay below; I can look at five counties from up here. This part of Gower gets little snow; even during the recent extreme blizzards in England, only a little fell on these salty west-facing slopes. Microclimates like this are common in the warm west; in Pembrokeshire, Skomer Island gets much less rain than the mainland just a mile or so away and the tops of some hills invariably seem to attract rain when either side is perfectly dry.

I pause briefly at an Ordnance Survey trig point. These stone-made truncated pyramids are a feature of many high points in Britain, and some have become mini landmarks. Still in use, they’re a vital ingredient in the production of the ever-improving OS maps, which delight walkers and country lovers alike. The astonishing details of our landscape so intelligently and expertly displayed in these maps have become minor masterpieces, with old versions now valuable collectors’ items.

The National Trust owns the lonely old rectory perched on the raised beach below me. Now an up market holiday let, it attracts rich visitors from across the world. I hear it costs an arm and a leg to stay there and is occupied throughout the year; smoke from the chimney suggests they’re right. I wonder if those inside are aware of the pair of choughs searching for insects on the closely cropped turf just outside the window, or the ravens croaking as they display high in the sky above the rectory.

The rain stops, the clouds lift and I make out scoters behind the surf and hundreds of gulls at sea. Seemingly never silent oystercatchers poke into the sand at the sea’s edge looking for shells and at 300 feet above the sea I get a rare view from above of a kestrel hovering over the gorse below as I head down to the deserted shore. I’m alone save for crows, gulls and the sanderlings scurrying along the water’s edge. It’s such a contrast to the summer months when surfers and sun worshipers descent on the bay. Little do they know that now is the best time to be in this magical place. 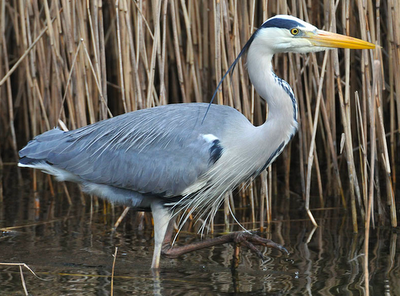 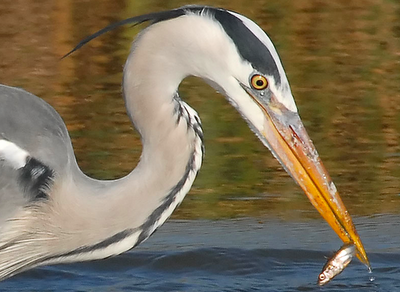 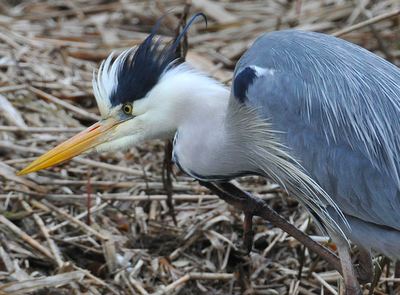 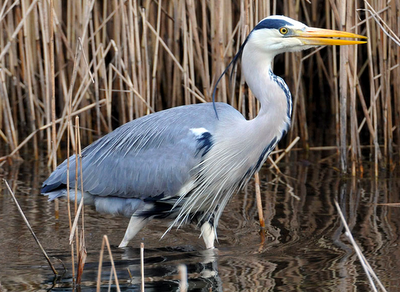 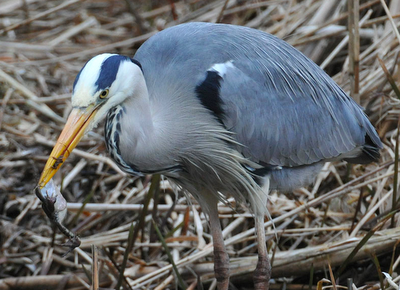 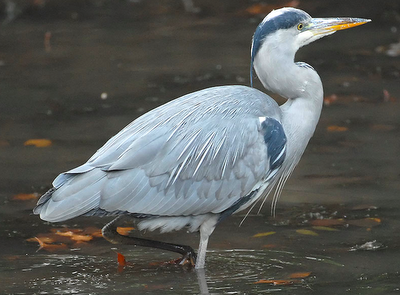 Grey Herons close up are just magnificent creatures as these photographs taken by Chris show. Always good to compare them with their American cousins the Great Blue Heron.
Posted by Derek & Chris Thomas at 18:53 6 comments: 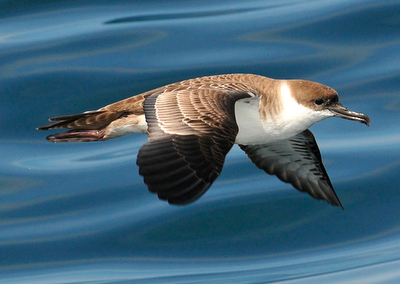 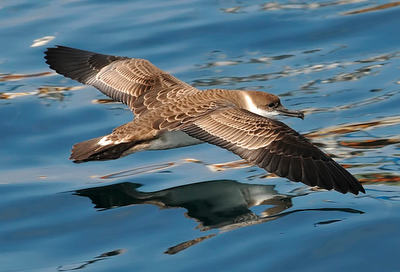 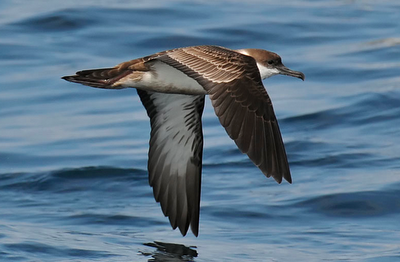 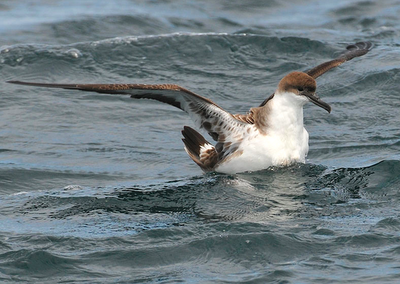 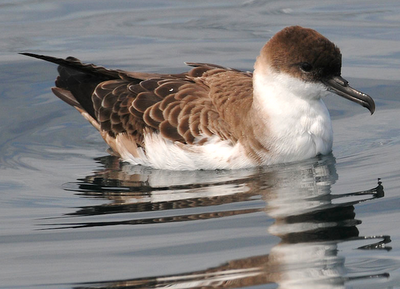 These magnificent Southern Great Shearwaters were photographed several miles off the Scilly Isles in August 2010.
Posted by Derek & Chris Thomas at 22:12 2 comments: 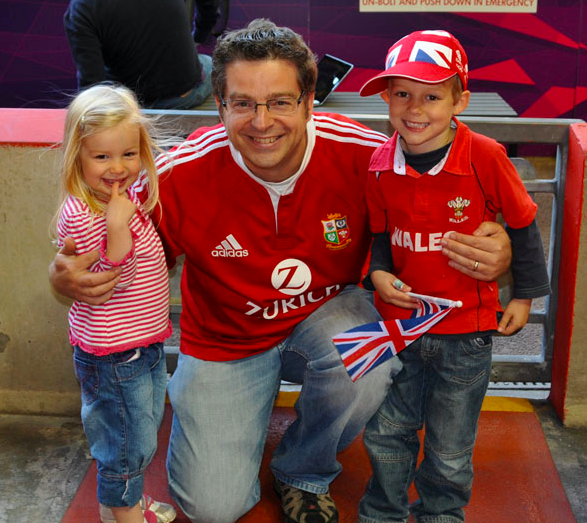 Birds of a Feather: Seasonal Changes on both Sides of the Atlantic

Just published, book about birds in the UK and US. All proceeds go to wildlife conservation.
This father and son blog reports on our observations, photographs, feelings and views about what's happening in the world of wildlife conservation. Chris provides almost all the bird photographs; father, with a shorter lens, concentrates on easier targets and supplies the text. 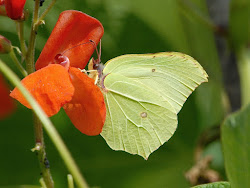 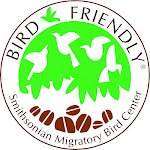 The Wildlife Trusts are Fighting for our Sres